Before I get into the review here is how I heard about the film. Over the weekend of March 15-17 an Indie director I follow and met at HorrorHound a few years back, Brooklyn Ewing check out her films here is the link to reviews for 2 of her films ( link to reviews), she posted a little piece about a great film she saw and shared a link with the director of One Must Fall , Antonio Pantoja doing a Podcast called Indie Film Hustle w/ Alex Ferrari. It was insightful into film making and I thought it showed Antonia was a humble and grateful down to earth first-time director. I enjoyed listening to his journey to make his film. It is a great listen. After I listened to the podcast, I look up the film to see if there were any viewing in the northeast where I live or was scheduled for DVD or VOD release soon. With what info I had I looked up Antonio, found links to his FB page and movie FB page. I reach out to him on both pages the next day to A) tell him I loved the podcast and I hope he does well. B) I ask if there will be any screeners for review and if so I’d be interested and gave him web site info and my info. To my surprise, he got back to me in less than an hour. He seemed so sincere and grateful I reached out and would love to have me review the film. In less than 12 hours I had a link and he sent me a loaded press kit with the great BHTS in this review. The few times I have met or spoke with any Indie writers or directors they are grateful and very humble with the attention they and their films get. Antonio was no different. It was great to hear his story. So less than 24 hours after I heard about Antonio Pantoja I was watching his film.

Synopsis: The film is a throwback to 80’s slasher films, featuring a single mother named Sarah (played wonderfully by Julie Streble, who reminds me of Sarah Paulson). She and a co-worker of a sales company get wrongfully fired by their obnoxious, sexist pig boss. Because they both need a job desperately, they take one working as crime scene cleaners.  After a day of watching training videos they’re ready for their first crime scene, but unluckily for them, the mass murderer never left the crime scene!

Review: After listening to a podcast about the film I watched the trailer a few times I was excited to see if I could find out how or where I could see this film  I am hoping I am not disappointed because I have a passion for 80’s slasher films. As I stated earlier, I reached out to the director and he seems like a great guy.  But now put aside that and watch his film objectively review it. I was researching the film and found it interesting the film was nominated for an INDIE award for best humor in a horror film – rightfully so because the first act or so has some good gags added for levity to juxtapose the brutality in the rest of the film. As I mentioned in the open it’s about a single mother named Sarah who gets fired from her job and is forced to take a job as a crime scene cleaner. Sandy is joined by her former coworker Alton was also fired, played by Andrew Yackel along with a few other new hires for the first day of Crime scene cleaning. Soon they off to their first crime scene where they find plenty of brain matter in a sweet older woman’s sons room! Before long they are at a mass murder crime scene that might take all day and night to clean up. Before long as you might suspect by now things go bad quickly when we all find out the killer never left the scene, but the police detectives did! The cast is very good with a few stand out besides Julie Streble. John Wells as Dorion the slightly charming supervisor, and Barry Piacente as “the killer” who silent, creepy and deadly! And there is a surprise I hate to ruin so I won’t,  but an ICONIC Indie film legend makes a nice cameo. And as the bodies start dropping like flies the method of death becomes more and more gruesome. You this is where you get to see what makes this film so damn good, it’s loaded with PRACTICAL EFFECTS! In fact, if you listen to podcast mentioned early you will hear how the director was able to get a Hollywood SFX with work on some great films to join the crew. He is Vincent Guastini you may recall his work on Toxic Avenger 3, Child’s play 3, Thinner and more recently V/H/S Viral. Top notch SPX that help shape the film. So, In the end, some must die, some must live and One Must Fall!

They nailed so many things right for the 80’s time period that many filmmakers of retro films either miss or just get wrong. All the props, the cars, the clothes, and even the telephones work so well. The music and sound effects bring me back to classic films. They even ruin a GREAT iconic 80’s film poster for this cinematic endeavor. The film was edited by Antonio Pantoja and Matt Niehoff, and the film flows so well. Another stand out of the crew was Codey Dingfield as Cinematographer did a superb job with some really creative shots and what he was able to pull off on the often tight location looks so good. The cast besides the leads was very good with a few standouts, I am sure were new to acting could only get better. But that just adds to the film. A few of the early jokes fall flat but again just add to the flavor of the film.  Like many films from the 80’s you can see a mistake here or there, but it only adds to the 80’s slasher vibe. It really all goes to the vision and storytelling of the director, Antonio Pantoja and his first film was HOME RUN and I am sure they will only get better with his next film and I for one can’t wait to see it. 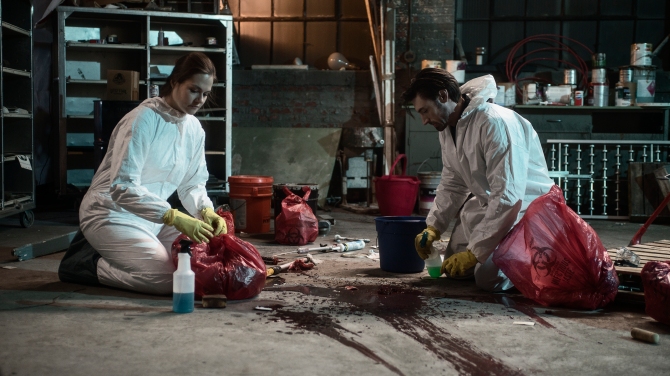 Awards: One Must Fall has been nominated for over 2 dozen Indie film awards and winner of 4, Best Gore, Best kill (how did they choose just one?) Best indie horror and best humor in a horror film. And the winner of 7 Laurels (I had to look it up) bestow an award or praise on (someone) in recognition of an achievement. And they are well deserved. This film is amazing and I am glad we live in a time when very creative and talented people are able to work and create such amazing films outside of “Hollywood.”

My 2 cents You can tell I really liked the film. The story was well written and the style in which the movie was filmed is truly a throwback to 80’s slasher films. The time and attention the details paid off!  It’s everything that is great about Indie film making. The blood & guts SFX are top notch! I can pretty much guarantee if you are reading this review you are going to really like this film as well. Creative, Stylistic and GORE never looked so cool for that I give this Blood, guts and GORE 8 ½ buckets of blood! 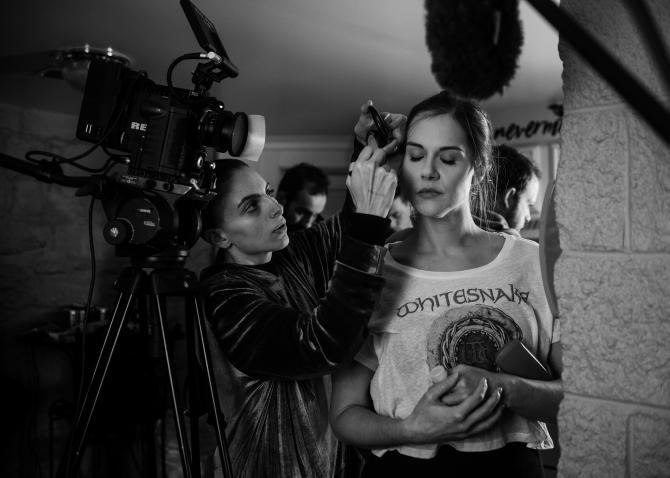 One thought on “Jason Schoolcraft’s Killer review of “One Must Fall!””