That Saturday at Horrorhound Weekend, Jason and I had breakfast at the hotel restaurant (ka-ching) before planning the long day ahead. It started with another walk-through of the main hall and getting a closer look at the masks of MASK-Fest, celebrating its 20th year. The larger venue promised more masks which must have been true since I recently sorted through them for next years “Countdown” and what normally amounts to 25 photos spread over four blogs ended up 30 shots in five.

After eating a delicious buffet breakfast in the hotel (and at $20 a person, it sure ought to be) we made our way back to the convention hall. The first thing that struck me as we ascended up the escalator was a long line that stretched around the hallway. At first, I thought it was to see one of the event’s headliners but soon discovered the real star this morning was Starbucks. 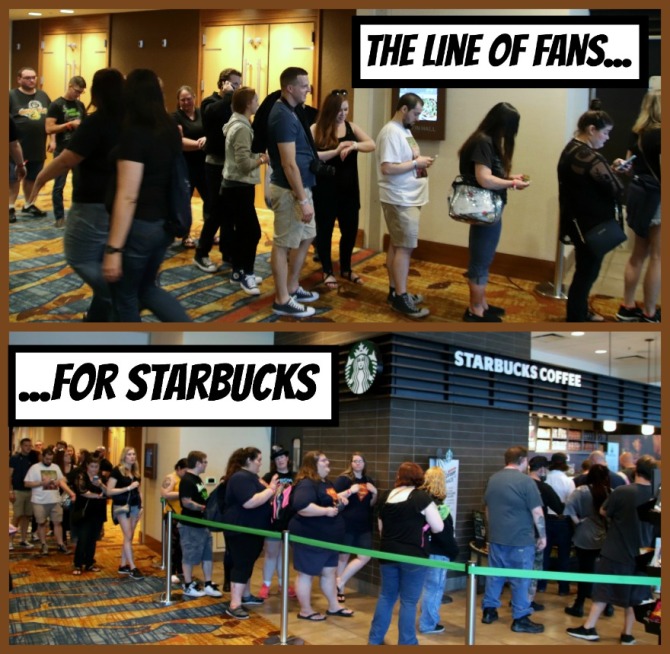 Jason and I had panels we were interested in doing and a couple of hours to kill before they started. We decided to peruse the main hall again where I ran into a few familiar faces. One was Jason Hignite who has graced this site many times before. Jason wasn’t able to attend the event last year on account of Hurricane Irma who made traveling from his native Florida all but impossible. The last time I saw good old Jason was on screen during a “Days of the Dead” film festival. He played in Plank Face (2016) which Jason (Schoolcraft) later reviewed HERE. 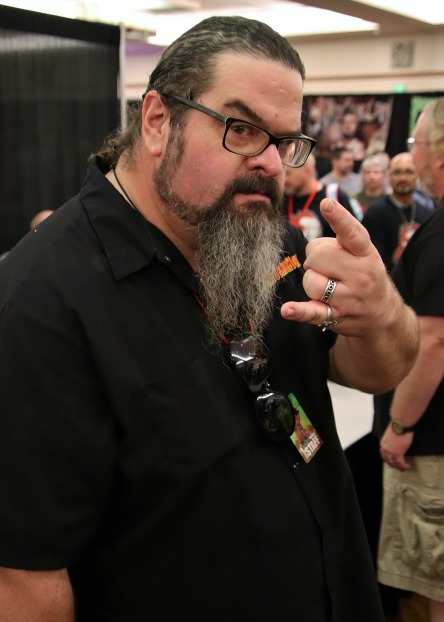 It ain’t Horrorhound without Jason Hignite

This year saw the return of David Lady who’s been featured and interviewed on this site before. Horror host of “The Late Dr. Lady Show,” David was conspicuously absent last year due to health issues but has made it through (albeit 80 pounds thinner) with a bright future ahead. His beautiful wife, Laura, was also in attendance and sporting a glowing “Eye of Agamotto” from Dr. Strange. “It’s so good to be back,” said David. I know everyone else agrees.

…and it ain’t MASK-Fest without David & Laura Lady

Another horror host on hiatus was Ormon Grimsby. Like David Lady, Grimsby (whose identity shall remain secret) also makes masks/props and featured some pretty cool busts of the Skeksis from The Dark Crystal. 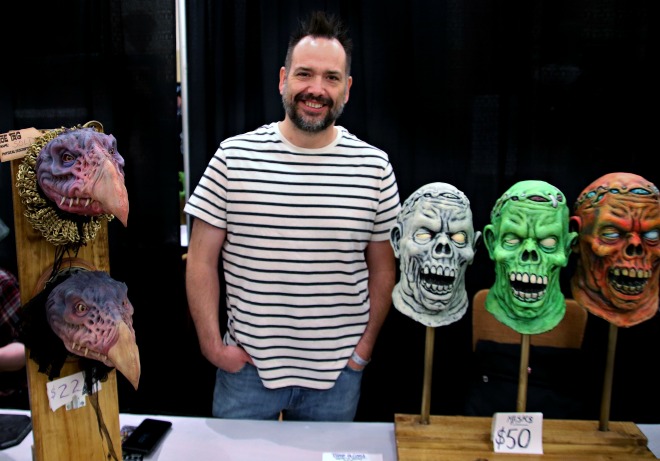 At one point I found myself directly behind the “Bride in Black” from Insidious. Tom Fitzpatrick was one of this year’s guests and Horrorhound offered a photo op with him in drag. 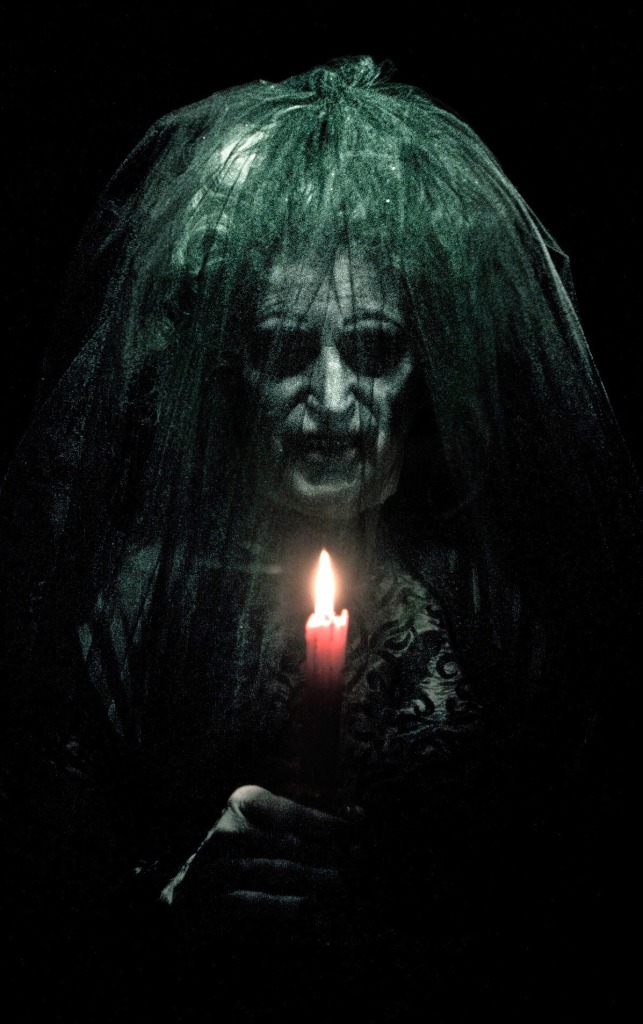 Here are some more highlights from my Saturday at Horrorhound… 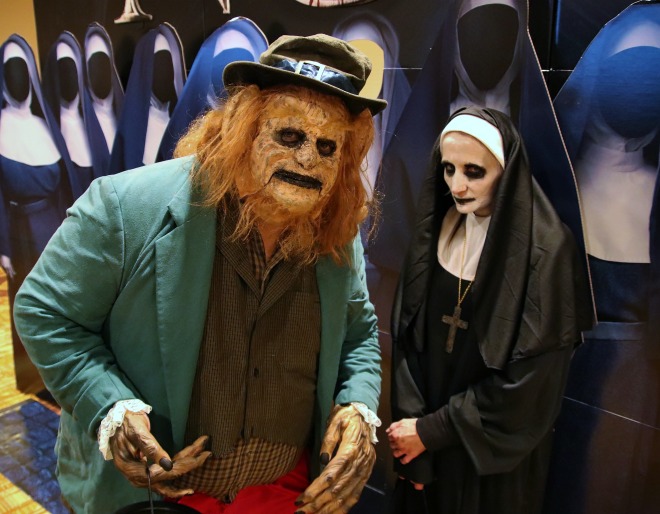 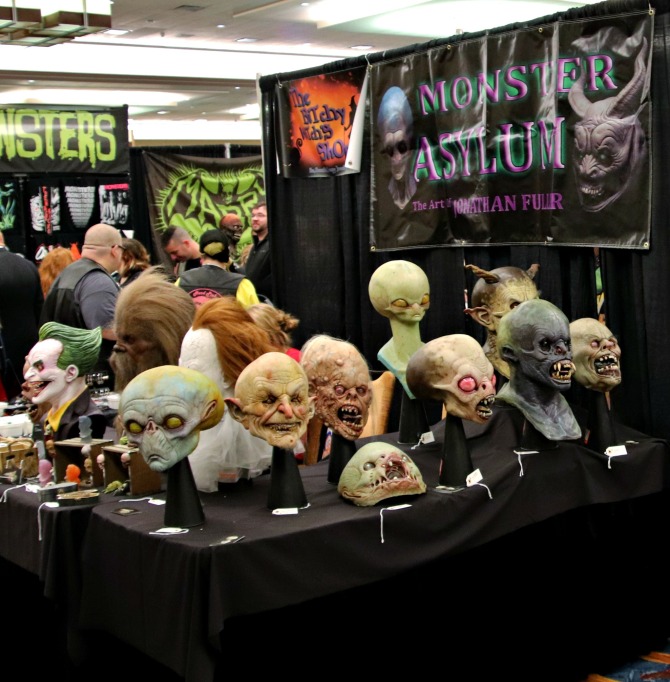 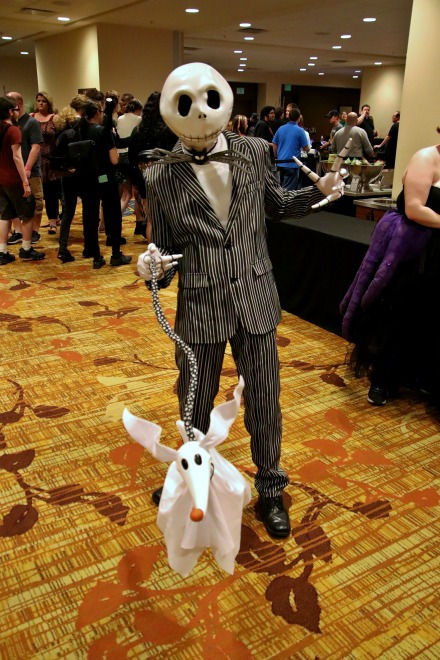 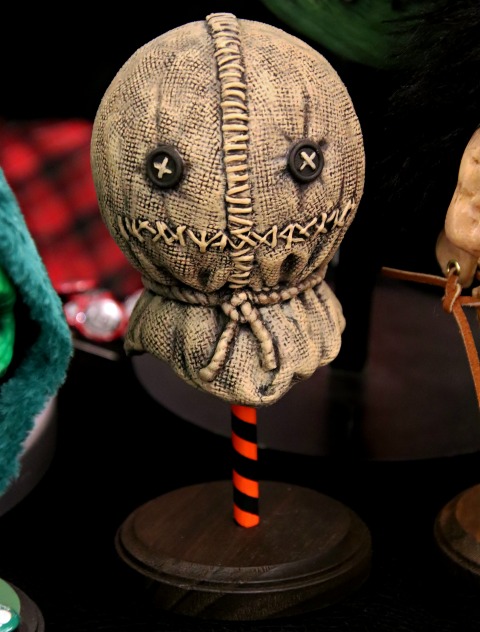 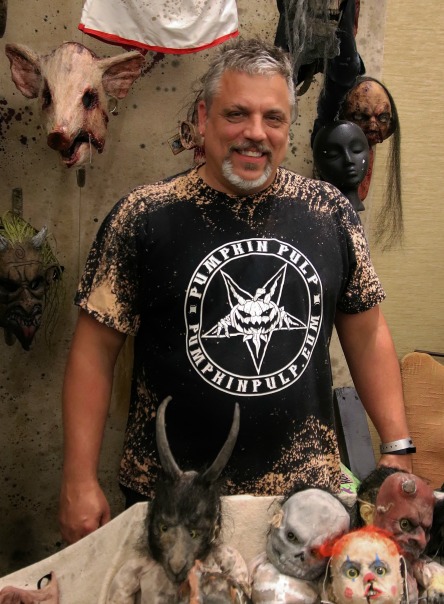 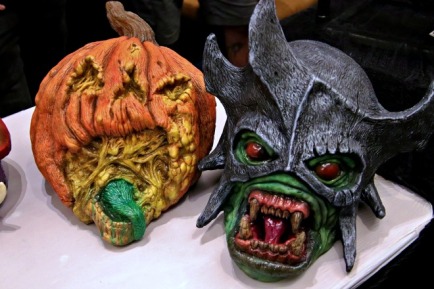 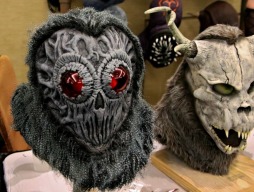 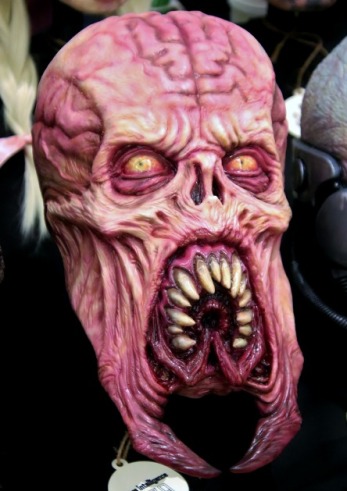 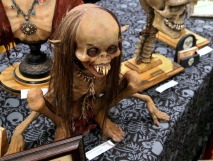 There was no better way to kill time that gazing at all those amazing masks. It wasn’t long before our Evil Dead 2 panel was ready to begin. Those details will be coming soon as I attempt to play blog catch up before 2018 disappears!