Last week saw a milestone for MeTV’s national horror host, Svengoolie. After nearly forty years on broadcast television, Rich Koz’s alter ego received a satirical nod from the legendary MAD Magazine! Sven was gracious enough to take time out of his busy schedule of Halloween appearances to answer a few questions about it…

How did your appearance in MAD Magazine all come about?

A couple of years ago, at the C2E2 comics and entertainment convention, a gentleman waited in line patiently to meet me. It turned out that he was Dan Didio, publisher of DC Comics! Turns out he is a big fan of the show. As time went on, Dan mentioned that Mad was now published by DC, and he thought  Mad and Sven should be connected in some way- a match made in heaven (or possibly Berwyn). He said that the whole crew at Mad were Sven fans! First, the great Mad artist Sergio Aragones sketching me into the background of one of his strips in the “Hollywood Goes MAD” issue- but then, they wanted me to be featured in a big way in what would be the Halloween issue.

After spending nearly forty years doing parodies how did it feel being on the receiving end?

To be satirized in Mad – which has parodied all the biggest movies and TV shows and their stars is a huge honor! And, in reading it, it isn’t so much a parody of me- they didn’t call me Sven-goofy, for example- it’s kind of a comic strip Sven adventure- sort of like when comedians like Bob and Ray would appear as themselves in the pages of Mad. Our friend, Mark Hamill, sent me an email, congratulating me on being in Mad, and said that the first time they satirized him, he felt like he had truly made it. I don’t know that I’ve made it, but it does make me feel like I’ve accomplished SOMETHING in my career!

Were you included in the skit’s development or was it all a surprise?

We did discuss the original premise, and I threw in some ideas- but they took it and ran with it, and the end result was definitely a surprise. I was a little worried about how surprised my boss, MeTV’s creator Neal Sabin, might be- but he loves it!

How satisfied were you with the results?

I could not be prouder or happier. The writing by Ian Boothby and artwork by Tom Richmond are both just perfect- these talented guys captured the feel of what we do, mixed with all the fun stuff that Mad does so well.

I know MAD artist, Sergio Aragones, is a fan of yours. Had you grown up a fan of MAD Magazine?

As both a comics fan and a fan of comedy, I was always a fan of Mad- I especially love the early stuff from the 50s, by Jack Davis, Mort Drucker, and Wally Wood- and the Sven story is actually so similar to their iconic work. I think Mad has regained its balance with the current DC reboot- this could be the start of another “golden age” of Mad! 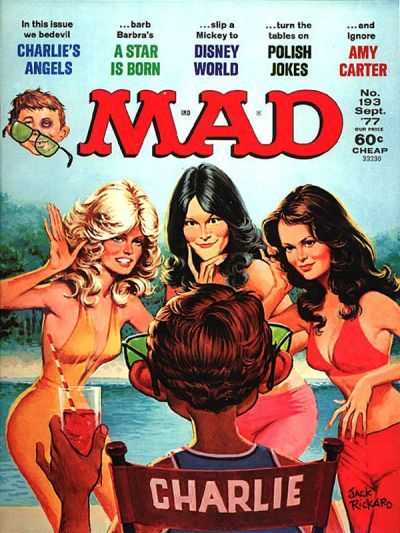 Bonus question – Last year it was Dick Tracy, this year its MAD…if you could be in any other publication (magazine, comic book, etc) in 2018 that you haven’t already appeared in, what would it be?

I’ve been in Chicago magazine, the “Curtis” newspaper comic strip, and some DC Comics ( maybe more in the future!)-  it might be nice to get a nod in Entertainment Weekly. Or, in an outdoors magazine- like “Field and Scream”. See what I did there?

Thanks, Sven, for your time. The Special Halloween issue of MAD is currently on sale. Grab yours TODAY!

One thought on “MAD about Svengoolie!”