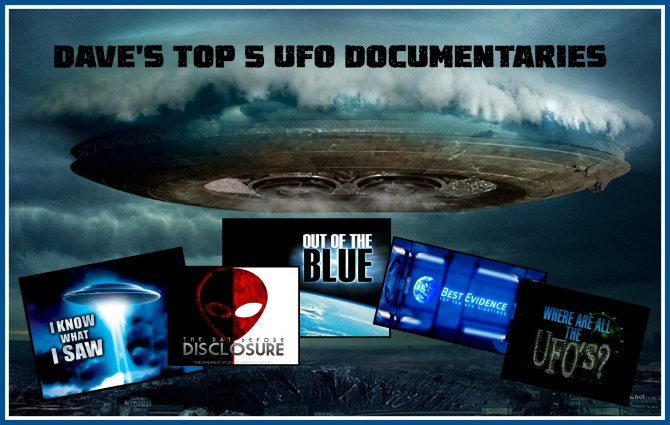 Last summer we Daves had the privilege of visiting the Southwestern United States and stopping at many of the hotspots of modern UFO lore. We checked out the UFO Watchtower in Hooper, Colorado, sought out the alleged crash site at Aztec, New Mexico, celebrated the other Dave’s birthday at the ET Diner in Sedona, stopped by the Little Ali’Inn in Rachel, Nevada (near Area 51), and spent a day in Roswell. I remember shortly after returning to Chicago going out for a drink with my friend, Marisa, who wanted to hear all about it. As soon as I started talking about those aforementioned locales, she suddenly arched her eyebrow and said, “Wait a minute…you don’t actually believe in any of that crap, do you?” Her question would be mirrored by many, if not most, of my other friends soon after.

“Seriously, Dave?” they’d say in one form or another. “How can anyone actually believe that UFO’s and aliens are routinely visiting the Earth while somehow evading any proof of their existence?”

“Well, maybe they haven’t,” I’d argue. “Have you even looked at any of the evidence that’s out there?”

The fact is, both of our arguments may likely be boiled down to a matter of faith; I can’t prove they exist and skeptics can’t prove they don’t. However, before you start walking away while shaking your heads, I ask that you first check out a few documentaries on the subject I’ve hand selected just for you. I feel their worthy of your time and, even if they don’t convince you of anything, at least you’ll have an easier time taking folks like me a little more seriously. 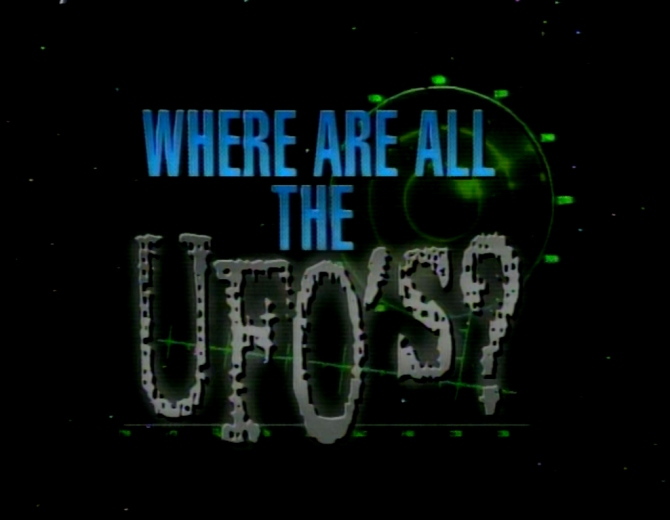 Where are all the UFO’s? (1996): For over a decade this was my favorite UFO documentary and filmed back at a time when The History Channel, Discovery Channel, and A&E (who produced this one) had a lot more credibility in tackling this subject. It’s narrated by Michael Dorn (currently doing the voice of Prometheus on TV’s Arrow) whose vocal performance is perfect in setting the mood without a hint of theatrics. Unfortunately, the same can’t be said for the overblown background music but eventually you’ll sort of tune it out. Just about all aspects of UFO lore is discussed here, including the origin of “flying saucers,” the crash at Roswell, alien abduction, and crop circles.  It’s a great way to introduce yourself to the material despite the sensationalistic bits and pieces you’ve probably already heard and features witness interviews, vintage radio/TV clips, and photos that enhance your understanding of  modern UFO “mythology.” The Roswell witness footage alone is worth its weight in gold as many of these people, including Jessie Marcel Junior, have since passed away. This documentary doesn’t try to sway the audience one way or another in terms of belief but merely presents the material with a straight face. I recorded this on a Scotch VHS tape back in the day and literally wore the damned thing out before finally landing myself a digital copy on eBay years later. Well worth tracking down! 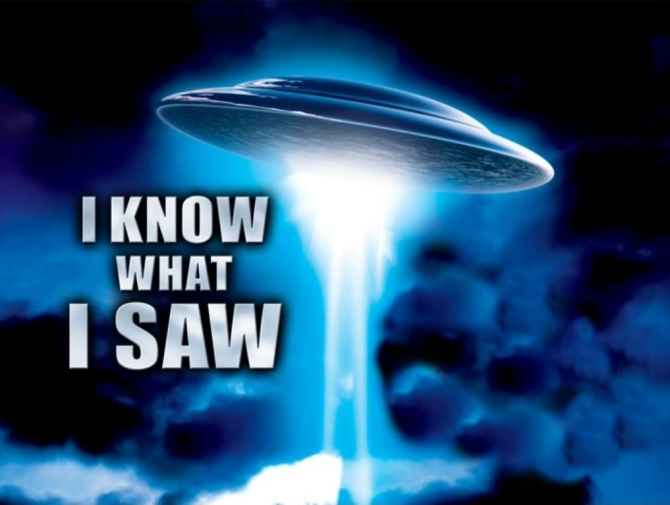 I KNOW WHAT I SAW (2009): If you think the only UFO witnesses out there are drunken rednecks in a pickup truck or nerdy fanboys like us, then this documentary will remedy that. Director, James Fox, assembles a group of highly credible witnesses who had nothing to gain and a helluva lot to lose by coming forward. These include military officers, government officials, pilots, and a former governor of Arizona. They share their amazing stories while discussing their difficulties in coming to grips with what they’d seen and the resistance they encountered afterward. There’s absolutely no way you can watch this documentary and simply dismiss them as kooks. One of my favorite quotes is from retired US Air Force Sergent, James Penniston, when asked how it feels sitting in on a UFO discussion at cocktail parties when he’s alleged to have actually seen one. “It’s difficult but, in some ways, there’s also a kind of satisfaction,” he said. “They’re talking about ‘what if’…and I knew.” Each man gets a chance to share his story with evidence to back their claim. If you only see one film on this list, please let this be the one. 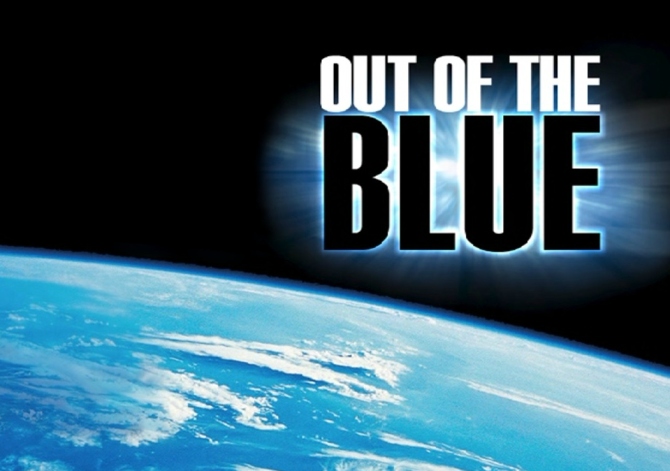 OUT OF THE BLUE (2003): Still laughing about the existence of UFOs and alien visitors? Well, you may be playing right into the government’s scheme. Narrated by actor, Peter Coyote, this documentary not only shares UFO stories with credible witnesses but suggests that ridicule is all part of the plan in keeping things quiet. The very real fear of not getting re-elected or going from a respected professional to certifiable nutjob has successfully kept people from sharing their stories. The film does a great job covering the history of UFOs along with highlighting its more notable incidents such as the Phoenix Lights. It also features testimony from former Air Force Lieutenant, Bob Jacobs, who contends he caught footage of an unexplained craft while filming an Atlas Rocket. It’s well put together and everything a documentary should be; informative and entertaining. 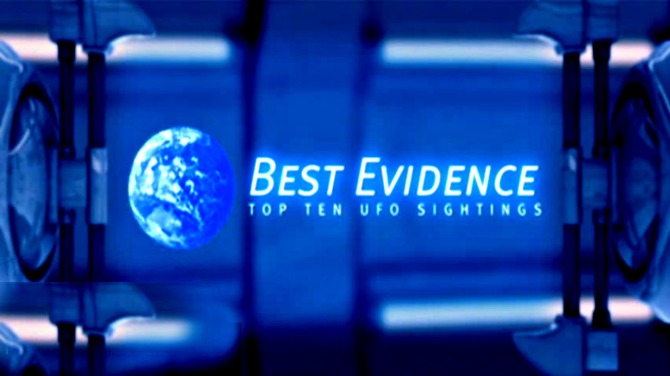 Best Evidence: Top 10 UFO Sightings (2007): This used to stream via Netflix (which is how I stumbled upon it) but YouTube’s one of the few places you can find it these days. At under an hour, this film discusses ten amazing UFO incidents along with sharing expert opinions like those of Physicist, Stanton T. Friedman whom we Daves are avid fans of.  The single biggest problem with this documentary lies with the narrator, Kris Lee McBride, whose voice nearly tanks the entire presentation. If you can get past her and the cheesy visual effects, however, there are lots of interesting cases here; many I’d previously been unaware of. 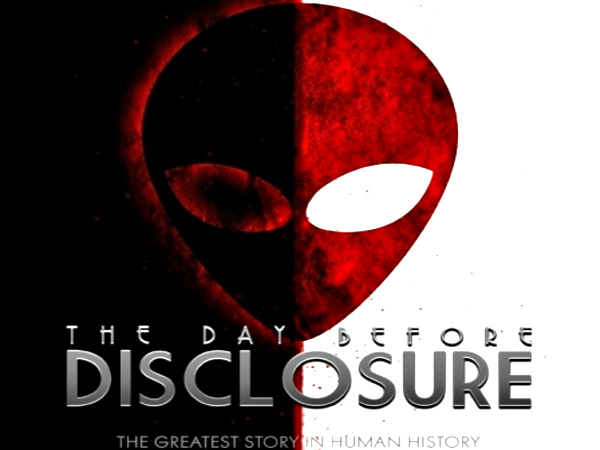 The Day Before Disclosure 2010

The Day Before Disclosure (2010): The overall presentation of this film is damn near flawless. Narrated by Norwegian writer/producer/director, Terje Toftenes, the haunting music and expert editing keeps viewers engaged. Toftenes looks like a New Age Professor X whose mind may be a bit too open for viewer taste but seems the perfect facilitator nonetheless. Instead of just trying to explain why people believe in the existence of UFOs, he often takes the even more effective approach of trying to explain why they can’t. The sentiment seems to be mirrored by communications alleged to be from Winston Churchill that surfaced about seven years ago.  The legendary British Prime Minister stated all UFO evidence must be kept Top Secret as it would “shatter people’s religious beliefs.” He also cleverly highlights other famous people in human history who were persecuted for their “radical” thinking such as Galileo who was jailed for suggesting the Earth wasn’t at the center of the Universe. It’s almost as if he’s saying to UFO believers, “Relax, you’re in good company.” In regards to close encounters, the United States isn’t at the center of everything either as this documentary reveals other countries have had their fair share of incidents, too. And this concludes my top five! 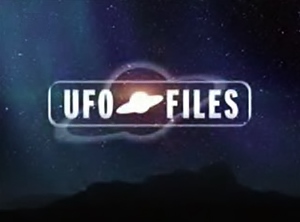 Incidentally, if you’re looking for more in-depth case studies, there’s numerous TV series dedicated to this subject. My favorite was UFO Files which ran on The History Channel from 2004-2007. What I liked about this series was that they featured many episodes dedicated to UFO incidents outside the United States. Those cases are particularly interesting to me and include show’s titled Soviet UFO Secrets Revealed, China’s Roswell, Britain’s Roswell, Mexico’s Roswell, Brazil’s Roswell, Russia’s Roswell (I guess everybody’s got a Roswell), Alien Engineering, and Cattle Mutilations. It ran three seasons and got about three episodes into its fourth before being replaced with the more sensationalistic, UFO Hunters. I haven’t seen all forty-six episodes but what I have seen, I’ve liked.

Hope this list inspires you to check out some of these titles. If you have some favorites I may have missed, by all means, drop us a line and tell us about it. In the meantime, keep your eyes on the skies and with an open mind.