THIS Saturday Night on MeTV National Horror Host, Svengoolie, will debut a brand new song sure to become an instant classic! I’ve had the privilege of hearing this song for myself (I don’t think I was supposed to, but I’m sure glad I did) and absolutely loved it! Yeah, I know, you’re probably sitting at home waving off my endorsement of a song about Svengoolie like it’s the NRA approving the GOP, but I swear even non-Svenatics will love it! Performed by ’50s rocker, Freddie “Boom Boom” Cannon (“Palisade’s Park”), the song will also be available for purchase. Want more details? Check out this official press release and tune in Saturday night! 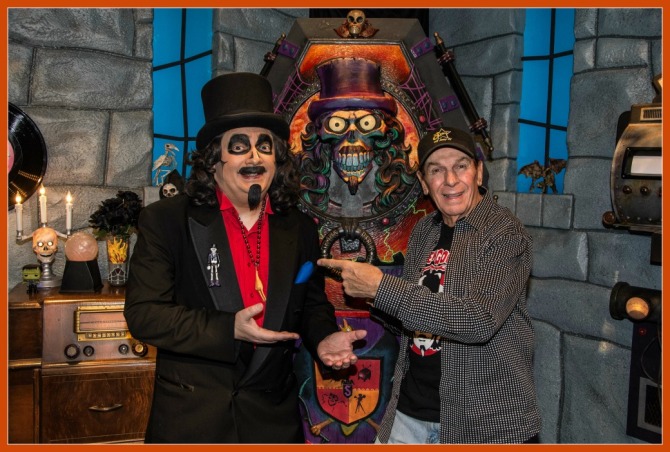 Freddy “Boom Boom” Cannon, who holds the record as the recording artist with the most performances on Dick Clark’s American Bandstand (110), will debut his new tune on National TV Labor Day Weekend.

The tune, “the Svengoolie Stomp,” was inspired by one of Freddy’s favorite TV shows, seen Saturday nights on ME-TV.  A long time fan of scary movies, when Freddy isn’t touring on weekends he watches Svengoolie host old horror and sci fi films.  Svengoolie has been played by Rich Koz since 1979. Koz, a former radio air talent before he became a well known and award winning TV personality,  started playing the movie host character in Chicago, where the show is still produced, however now Svengoolie’s show has expanded and is seen in all 50 states.

Cannon, well known for his early rock hits including “Palisades Park” and “Tallahassee Lassie,” said he came up with his latest creation when a friend suggested he write a song about monsters.  Having watched many late night horror movie shows over the years, Freddy felt Koz’s Svengoolie was the best he had seen.  “Rich does an incredible job.  I love his humor and he’s always well researched with the tidbits he shares about his films.” 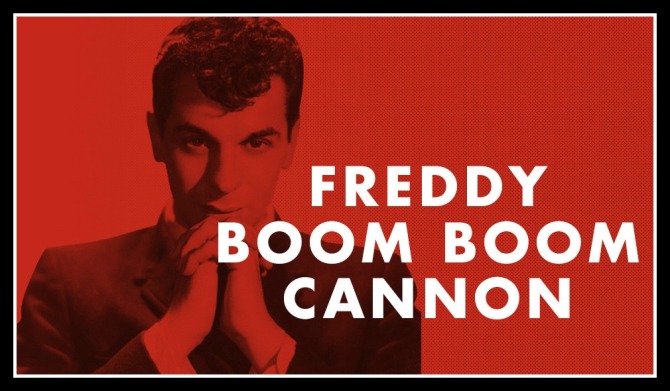 Having never met Koz,  Freddy wrote and recorded the “Svengoolie Stomp,” based solely on his passion for the show and the character. Cannon sent it without advance notice to the ME-TV studios. Koz said “You can’t imagine what a thrill it is for me to have a great talent whose music I’ve enjoyed for so long to actually create a song about me.”

“Freddy has perfectly combined the good time rock & roll he’s famous for with the spirit of what we do on my show-and, believe me, our show has had its share of spirits,” said Koz.

In preparation for the national debut of the “Svengoolie Stomp,” Cannon flew to Chicago from L.A. to film the music video on the set of the TV show. In addition to Cannon and Koz in the video, viewers will recognize cameos from a number of celebrities from the world of music and TV.

Svengoolie will introduce the new tune during his showing of Lon Chaney in “Frozen Ghost” this Saturday, Sept. 3rd, 10pm, (9pm, central) on ME-TV.

“The Svengoolie Stomp” will be available for downloading Sept 4 on iTunes.  Plus, a collector’s edition vinyl copy of the tune can be ordered at http://www.wondercaprecords. com.

And we Daves would like to thank Mr. Roche for sharing all the photos used in this post! See you this Saturday!

One thought on “Get Ready to “Svengoolie Stomp” THIS Saturday on MeTV!”