With both Terror Daves currently running amok in New England, we’re pleased to welcome the great Thomas Berdinski as our guest blogger! Mr. Berdinski directs, writes, and produces  for  The Cult of Moi and Vous Film Producioni Company LLC as well as runs a great site called The Italian Zombie Movie. If his name sounds familiar, that’s because Berdinski and his wonderful work is no stranger to TERROR FROM BETOND THE DAVES! Be sure to check out his wonderful GIANT RUBBER MONSTER MOVIE post HERE. Today, he’ll be sharing his own narrative of an exciting event that took place last weekend….

The Madison Horror Film Festival hosted by Bordello of Horror’s very own Freakshow and Sinister Seductress Stormy took place at the Market Square Cinema in Madison,Wisconsin on October 8th, 2011.

In addition to great independent short and feature films in the horror genre, the festival featured live appearances by the lovely Marlena Midnite and Robyn Graves of Midnite Mausoleum, pitchman Doctor Ivan Cryptosis and the hilarious Woody the Clown of Atomic Age Cinema. Surprise guests included the Count and Countess Gregula of Count Gregula’s Crypt who also joined in the fun. 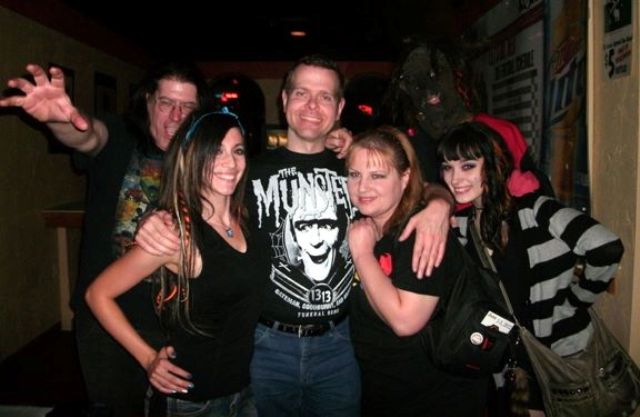 Woody performed his fiery hoola hoop routine and kept everyone laughing throughout the event. Dr. Sigmund Zoid of Alternative Realities TV also participated via video, submitting a hilarious (and entirely unexpected) roast of one of the filmmakers in attendance, Thomas Berdinski, following the screening of his horror-comedy “The Italian Zombie Movie”. (The filmmaker later offered a free DVD to anyone who could find Zoid in the Vortexx and punch him in the nose…)

The festival included a special pre-party benefit for WYOU Television. The pre-party featured a performance of Berdinski’s latest film, “The Giant Rubber Monster Movie – Sascratch Versus Afrodesious”, which features cameos by many horror hosts including Marlena Midnite, Robyn Graves, Roxsy Tyler, the cast of Count Gregula’s Crypt and Dr. Sigmund Zoid. The crowd really enjoyed the flick (especially the horror host segments) which was presented live on the web by WYOU and hosted by Freakshow, Stormy and Woody.

Marlena hangs out on stage! 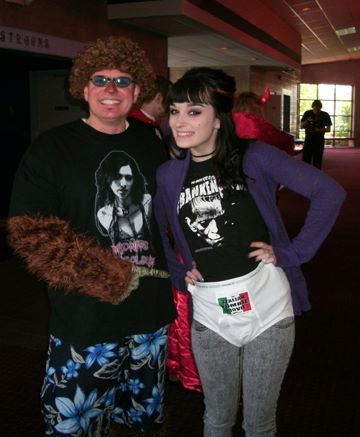