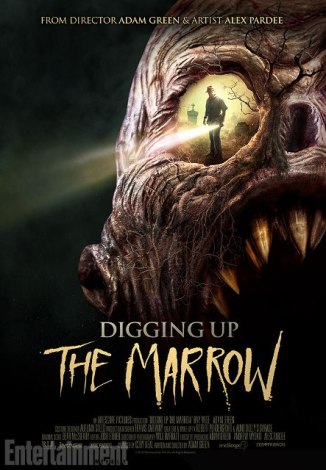 On Saturday April 4th, we arrived back in Chicago (after doing TWO zoos; Louisville and Indianapolis) and ate lasagna at my place before relaxing on this final night of our vacation. We hunkered down for the night and watched two movies together; the old sci-fi classic, It Came from Outer Space, and a new movie David had gotten on Blu-ray called Digging up the Marrow. Though we’d watched several movies during our trip on DVD, including Wolfcop (which was okay), Love in the Time of Monsters (which was also okay), What we do in the Shadows (which was really funny), Animal (which we liked),  Dark Haul (which was bad) and Muck (which was even WORSE) we inadvertently saved the best for last!