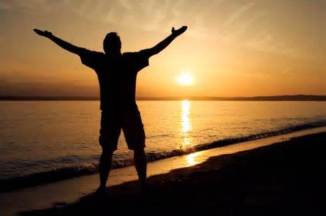 Last year at Thanksgiving we decided to feature a post dedicated to showing our appreciation to those who helped us out in ways that went above and beyond the call of duty (as seen HERE).  This past year has been even more amazing as we saw our young blog break 100,000 hits with over 20,000 last month alone. That’s not too bad for a private blog that scarcely advertises outside of Facebook. It’s been a humbling experience for two guys who, after spending most of our lives standing in the shadows, finally found our own voices. The feedback and growing readership has been incredible and, above all, we thank YOU the readers. There are a LOT of blogs and websites out there and for you to not only take time out of your busy lives to visit, but come back and see us again is appreciated more than mere words can convey. Some of the folks from our last list will be back on this one, but we are really happy to feature the ones we just met this past year and who generously showed their support! So, without further adieu…

END_OF_DOCUMENT_TOKEN_TO_BE_REPLACED

Last week Saturday , June 18th, I drove 2 hours and 45 minutes from Lake Mills, WI to Oak Lawn, IL .When I heard that Svengoolie and Pro-Wrestling legends Bret Hart and Mick Foley were all gonna be at the same Pro-wrestling event, I had to go! I want to publicly say who ever hooked up Pro-wrestling event with a Svengoolie appearance is a GENIUS!

I have been a wrestling fan for years, since I was five. Later on in life, after my days of playing in my band, I got involved with wrestling promotion. I did it for 2 1/2 years helping the NAWF and NWA Wisconsin wrestling promotions in Green Bay, Madison, Milwaukee and Rockford areas. I have been a Svengoolie fan for years, also since age five. Not a week goes by when I don’t watch his show, even if it is a replay, I don’t care, I love horror films….and Svengoolie!

END_OF_DOCUMENT_TOKEN_TO_BE_REPLACED

Okay, this is a long and weird story……

How Crappy Action Dude Comics started, and how we got to this point, we have to go back to the year 1999. I was in a heavy metal band based out of Madison WI, and I started a graphic art business, “plan9 Productions.” We made everything from flyers to T-shirts for rock bands. I was making really funny flyers using action figures to promote them.

My band got mad with me because I was making more merchandise for other bands then for us. After many years of touring, I quit the band in 2003, and went into other entertainment fields with my connections I had made in the business. Over time I became burnt out on the crappy music scene and was doing graphic art on the side for money. Everything from TV commercials to band flyers, “plan9 Productions” cranked out a lot of stuff. This is when I started experimenting making a comic with action figures – in 2003.  I really just wanted to become better at Photoshop, and using the little toys was a great way to learn.