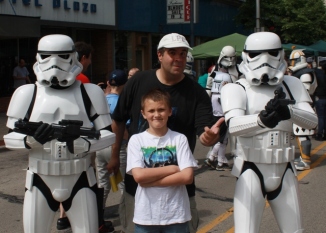 With the recent announcement that a new series of STAR WARS films are on the horizon, many of us adult fanboys have begun feeling The Force once more! Or at least that familiar tug of devotion that had been frozen in carbonite these past few years.  Despite the Hoth-like chill, there were a number of die-hard fans who’d been keeping the spirit alive; most notably The 501st Legion – an International group of fans who create their own movie-accurate STAR WARS costumes.