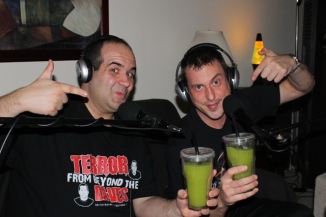 Twenty years before I met the other Terror Dave (David Albaugh), I became friends with a charismatic guy named Jason Lucas. We worked together at a local grocery store back when we were teens and I remember stocking the shelves, him strolling past me with a flop mop as we’d discuss Halloween‘s  Michael Myers. It was 1988 and the franchise was returning to its Myers roots after his absence in the previous installment, Halloween III: Season of the Witch. We were excited by both this news as well as the realization that we were now old enough to bypass our conservative parents and see him on the big screen.