Walking into Hofbrauhaus Chicago (actually in Rosemont) is like teleporting to Europe. The German restaurant/microbrewery is highlighted by giant kettles of beer, Bavarian décor, an alphorn (those long horns from the ricolo commercials), and folks dressed in traditional Oktoberfest clothes. Here the alcohol flows freely with shots served on a wooden paddle they’ll smack your butt with upon request. Having already gotten whupped by the $15 parking fee, I decided to skip the additional beating an opt for a glass of water instead. I do love a good novelty restaurant though this wasn’t the sort of place I’d have ever visited if not for the annual Roe Conn Halloween show. This was my third year attending the occasion with the last two having taken place in the south suburbs where I live. After an hour’s drive I brushed past their gift shop (loaded with collectible steins) and took a seat as close to the stage as I could get. The room was huge with rows of long tables and I tried taking in as much as I could while the waitress handed me a menu.

My last name “Fuentes” is Latino but, Nationality-wise, I’m actually a “mutt.” I do have a bit of German in me as well as Irish and Belgian. When it comes to food, however, these European genes get totally blotted out by my more distinct Italian and Mexican ones. In a world full of tacos and lasagna, I’ve had little need for wiener schnitzel. I had no idea what half the stuff was on the menu was but decided on traditional sausage and sauerkraut to keep in with the theme. When the waitress asked what kind of sausage I wanted, I said, “Surprise me!” 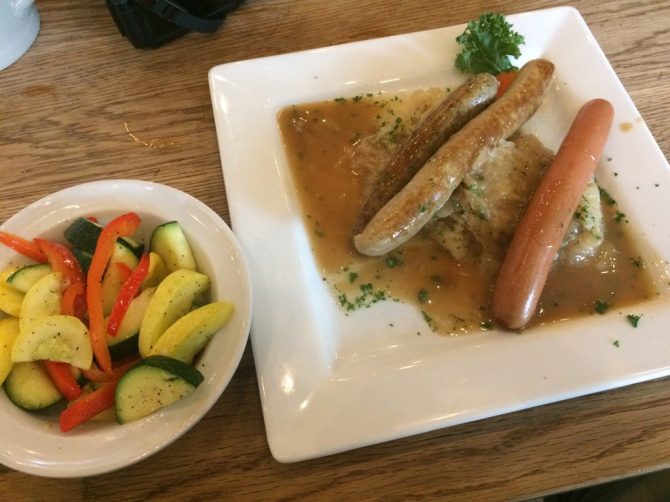 She couldn’t have surprised me with a pizza?

It wasn’t long before the WGN radio crew showed up dressed in coordinating costumes; definitely more Oktoberfest than Halloween but fitting for this venue. 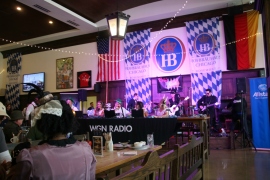 This year’s band was Rosie and the Rivets who specialized in ‘50s/’60s style rock (with a couple throwbacks like Amy Winehouse and The Stray Cats thrown in). I have to say, the were a lot of fun. Though they mostly sand songs like “Runaway,” “Jailhouse Rock,” and “Shake it up baby,” they also threw in the “Monster Mash” for good measure. Despite the acoustics, I really enjoyed them. 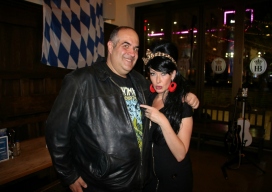 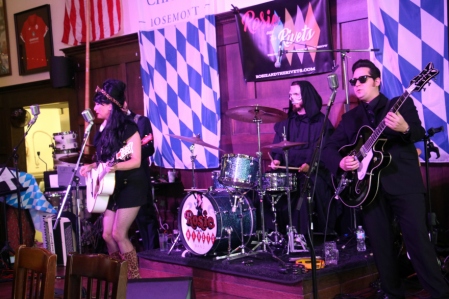 I’m sure the radio portion of this event was stellar too but, unfortunately, I had a lot of difficulty hearing them. The place was so loud with patrons (most of which were more interested in their giant pretzels than the show) that it was just too noisy. At one point I considered going back to the parking garage and listening via the car radio! Svengoolie arrived towards the end and I talked with him for a few seconds before returning to my seat. 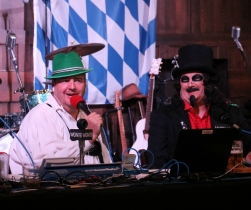 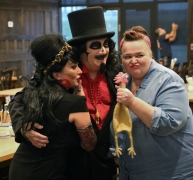 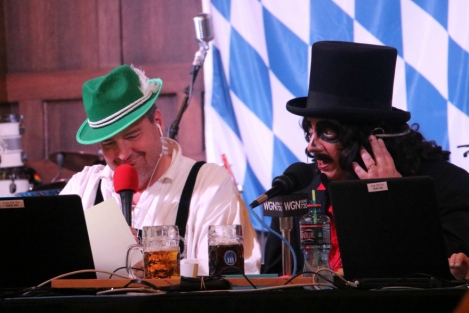 Here’s some video I took during the event…see if you can tune out the background a bit.

At one point they brought out Kevin Powell and demonstrated that paddle I mentioned earlier. They also blew the alphorn. they didn’t do the “News or Reuse” game show this year but watching Sven’s reactions to the loudness was pretty damn funny.

One great thing was getting to finally meet/get a photo with Roe Conn which Sven was very nice to help make happen for me! I’ve been a fan since his “Roe & Gary” days and it was a true honor! 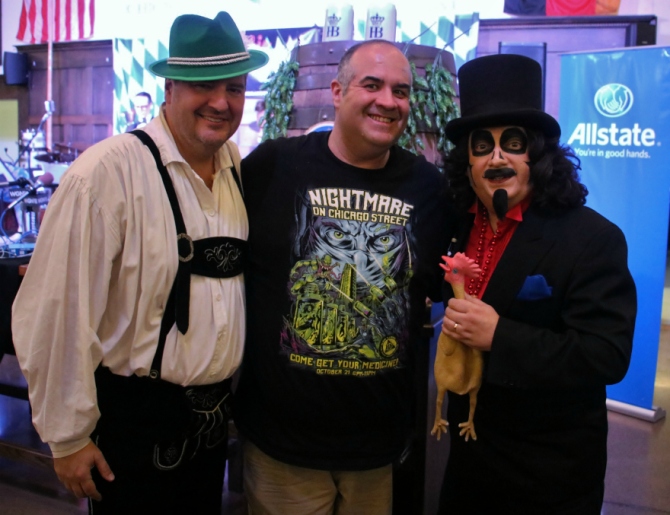 All in all, Svengoolie visit #81 (the 80th will be covered in my next post) was a mixed bag. The venue was nice but I did feel that it ended up working against them. By the time I left I needed two Extra Strength Tylenol’s and an hour in a sensory deprivation tank! I’m hopeful next year they’ll return to that old spot closer to my place. If not, someone’s gonna get the paddle!