Richard Braden is a name that fans of Terror From Beyond The Daves may or may not be aware of (and if you’re not, then you should be). Richard has been a friend of the Daves since day one and was instrumental, even as a teenager, in getting our website off the ground. The Daves may know horror but tend to know less about being tech-savvy (though we are learning). If it wasn’t for Richard, who knows how the site would’ve looked when we originally went live as not only did he help with the overall appearance of the site originally but he helped design our logo and he taught us so much when it comes to WordPress. In 2010 we did a bit of an expose on Richard (seen HERE) and now it’s time for everyone to know what he has been up to in the past 5 years, and it has been a lot. 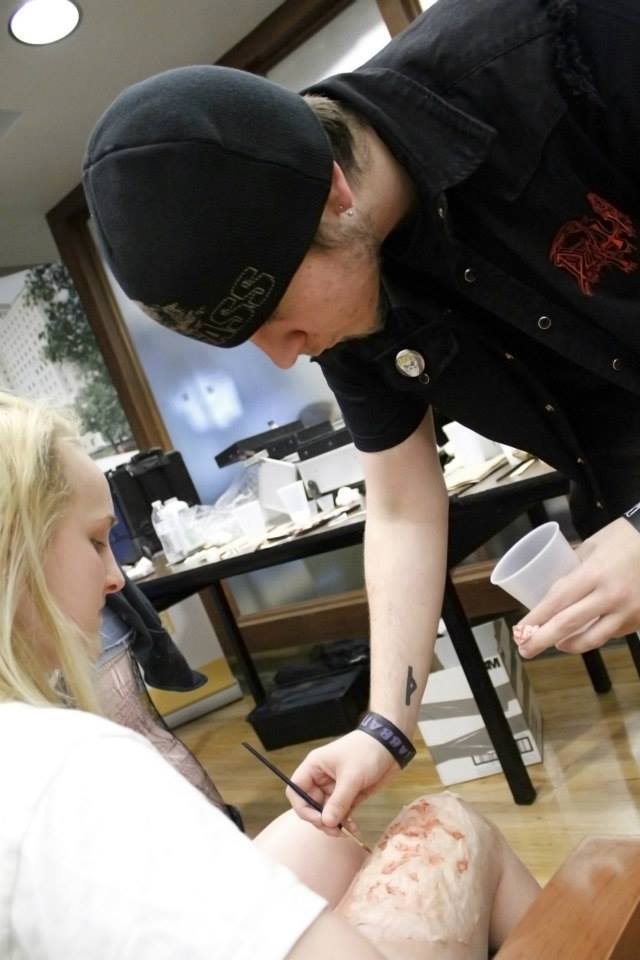 We couldn’t be more proud of Richard, not only with what he has done for us but with also what he is accomplishing now. He is pursuing his dream and both Daves cannot wish him enough luck and happiness. Recently I caught up with Richard and he agreed to do an interview with me letting the world know what he has been doing.

1) How old were you when you first started helping us on Terror From Beyond The Daves (and tell us a little about what you did for us)?

I want to say I was maybe 15 years old when I started helping you guys on Terror From Beyond The Daves. I basically just designed the layout of the website. I created the original logo and header banner which changed every so often.

2) Do you remember what the first horror movie was that you saw? How did it affect you?

I remember watching John Carpenter’s Halloween on TV years ago, which was then followed by Pumpkinhead. At the time I was already kind of into horror. I was hooked on Disney movies like Halloweentown, Under Wraps, and Hocus Pocus, and having already seen those I was, I guess, prepared for what to expect from “real” horror movies. I enjoyed Halloween, but wasn’t affected by it too much. It’s not like I was terrified by it, but I definitely think it’s why slasher films are my favorite horror subgenre today. However, I fell in love with Pumpkinhead. I remember actually being creeped out by how the creature looked. The design is just phenomenal and is still incredibly effective today. 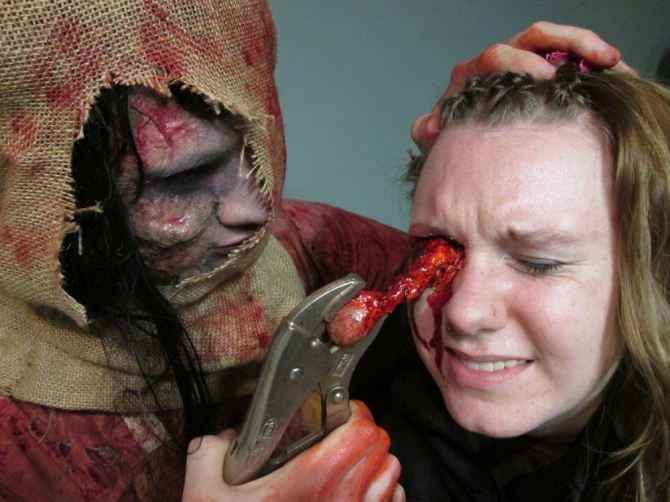 3) Do you have an all-time favorite horror movie and if you do, why is it your favorite?

That’s a difficult one, but I think that would be the original Child’s Play. It’s a weird one to be my favorite when there are obviously so many other horror films out there, but something about this one just attracted me more than the others. I mean, I love the animatronic work on it. It’s perfect. The way the doll moved was so smooth and clean, and with the addition of mixing the animatronic doll with the actor in the suit with enlarged sets in scenes worked out so well. It’s really creepy, and it makes it seem like this doll truly is alive and moving on it’s own. I used to watch it a lot and I bought it every time a new edition was released. To this day I still enjoy it just as much as I did the first time, and I’m pretty sure I can quote the entire movie. 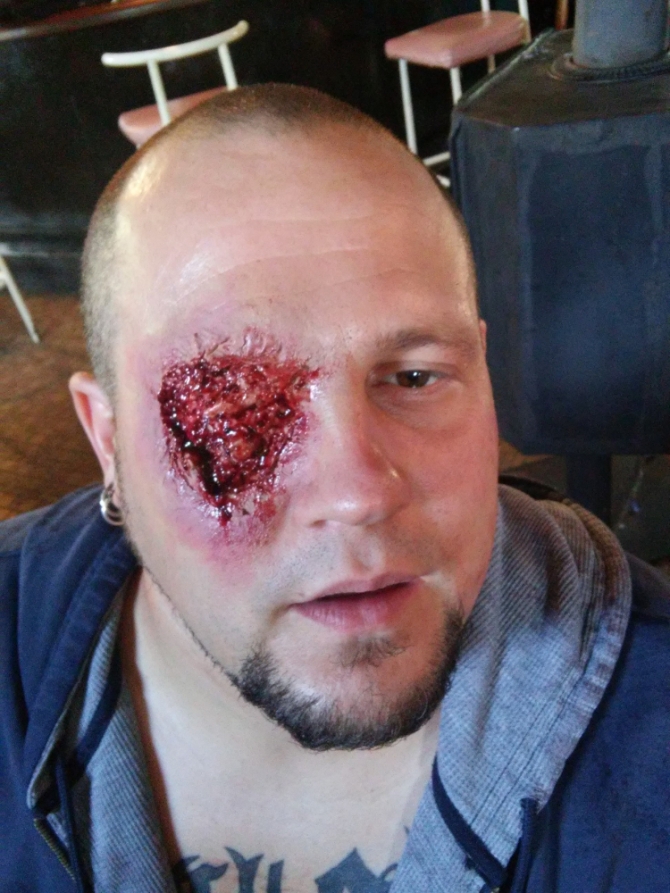 4) You have started a company called NecroCreep FX. What do you do?

I design and create mostly latex masks and display busts, but I also do some make-up effects including prosthetic application, as well as fabricate props. Creating the masks and busts is my favorite. There’s so many different techniques for making them, so there’s always new things I can try with each one. The busts are really fun to do too, because they’re essentially a mask but filled with polyfoam, so since it’s not being worn you can include stuff like acrylic eyes which really brings it to life. I have a notebook with dozens of mask and bust designs that I still haven’t even done yet. 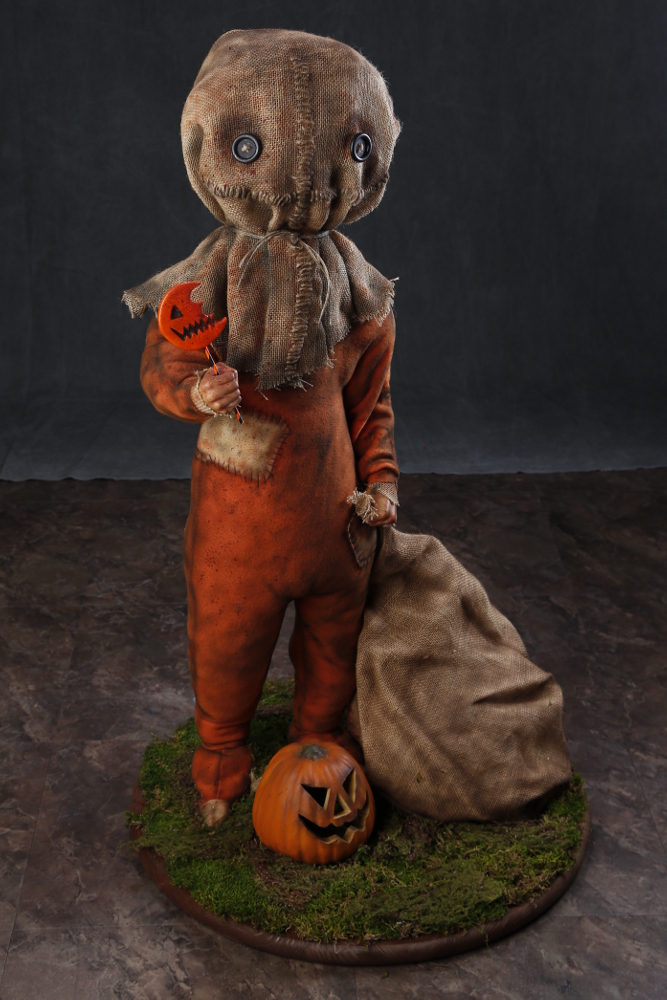 5) How did you get your training?

After high school I enrolled in Tom Savini’s Special Make-Up Effects Program at the Douglas Education Center in Monessen, PA, just outside of Pittsburgh. It’s a 16 month long hands on program that begins with the basics in the first semester and eventually gets into the more difficult and involved projects in the final semester, like animatronics. The classes are cool and the instructors, who are professionals in the industry, are the best you could ask for. And it’s cool getting to learn from these people because you get to ask them questions about the projects they’ve worked on. They will tell you anything you want to know. You could sit with them forever and pick their brains and they have no problem telling you everything they know. Jerry Gergely, the director of the program, is one of the most talented artists I’ve ever had the pleasure of knowing. I can honestly say that my time spent at that school was the best time of my life.

6) Have you worked on any films?

Yes I have! In high school I did a couple short films of my own, one of which was accepted into the Eerie Horror Film Festival in 2012. For that short all I did was apply some prosthetics and do some blood tubing on them. I then assisted a few others special effects artists on a film called Zombie Killers: Elephant’s Graveyard. That one was a lot of fun because it was my first professional make-up gig for a film and I got to meet and work with Billy Zane. I applied make-up on the background zombies and worked on the squibs for the action sequences. We later went back the following year for second unit filming, where myself (assisting fx artist Mark Kosobucki) and one other artist, were lead make-up artists this time. We did the featured zombies and squibs. I then worked on a short film while I was in the Savini program. The school there also has a digital film program and myself and a couple friends did the special effects for a really violent and graphic short called Empty. The most recent film I worked on was a yet to be released indie film called Angel Of Reckoning. My girlfriend and I assisted on that one for just a day doing bullet wounds and blood squibs. 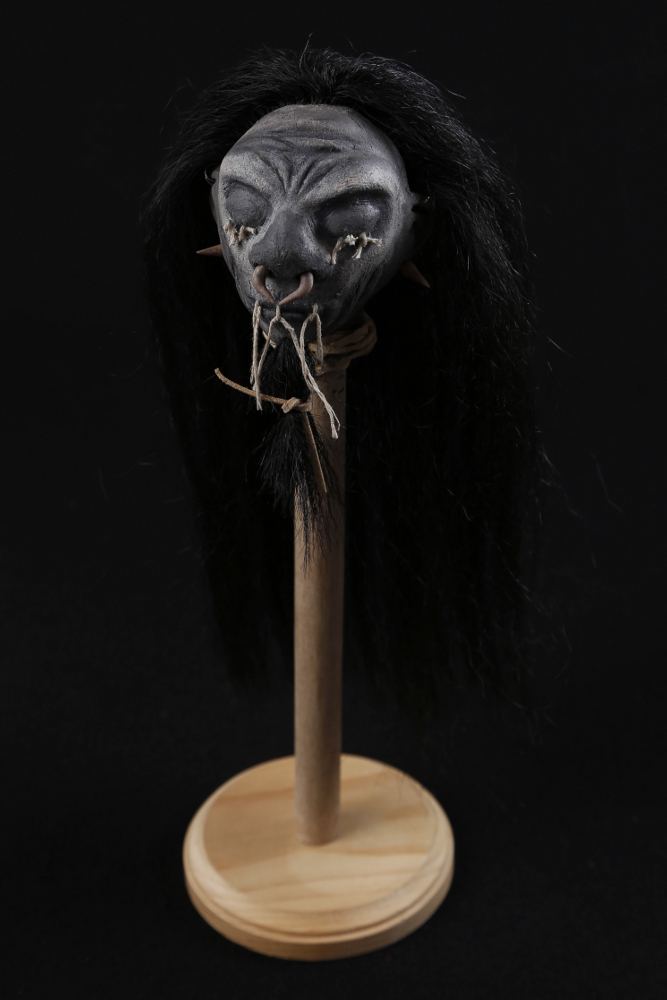 My main mentor is “Monster” Mark Kosobucki, a special make-up effects artist, graphic designer, and great friend from Erie, PA. I first met him about eight years ago and he told me about Tom Savini’s program. We stayed in touch and I would annoy him with several messages about what he was working on. He was a lot of help though. When I started messing around with make-up I would send him pictures and he would give me advice on how to improve. He later brought me with him for several gigs and he really helped me get my foot in the door.

8) What do your friends think of your obsession with horror?

I guess they think it’s cool? I mean, my friends are also horror fans so I don’t think they think it’s weird or anything. Most of them I met either in school or at like horror conventions. Plus I’m sure if they thought it was weird they would afraid to tell me so…right? 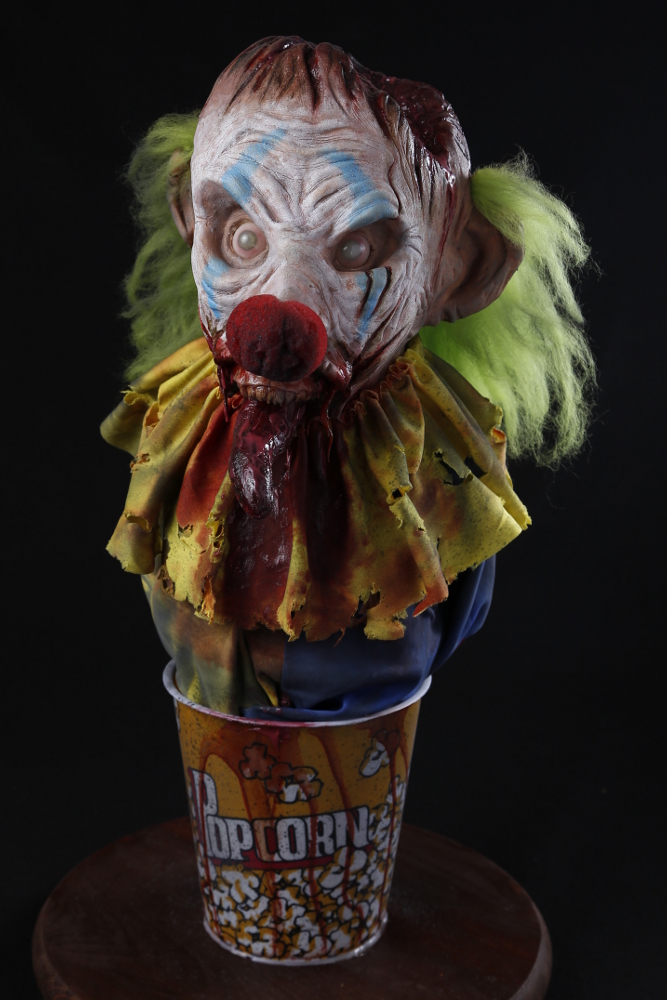 9) Do you collect anything whether it is horror or non-horror?

I collected a lot of horror action figures a long time ago but I’ve slowed down on buying any for a while now. I still buy horror movies like crazy though. I’m also a huge fan of heavy metal, so I have quite the collection of CDs and records.

10) With the use of CGI so prominent in films now, where do you see the future of practical effects going?

Just to make it in the industry. Eventually I would like to focus on just masks alone, and hopefully even be able to hire a couple extra hands in making some awesome latex masks and busts. I plan on hitting up some more conventions, including Monsterpalooza and Mask Fest, in the near future. Places like that are great to get your name out there. 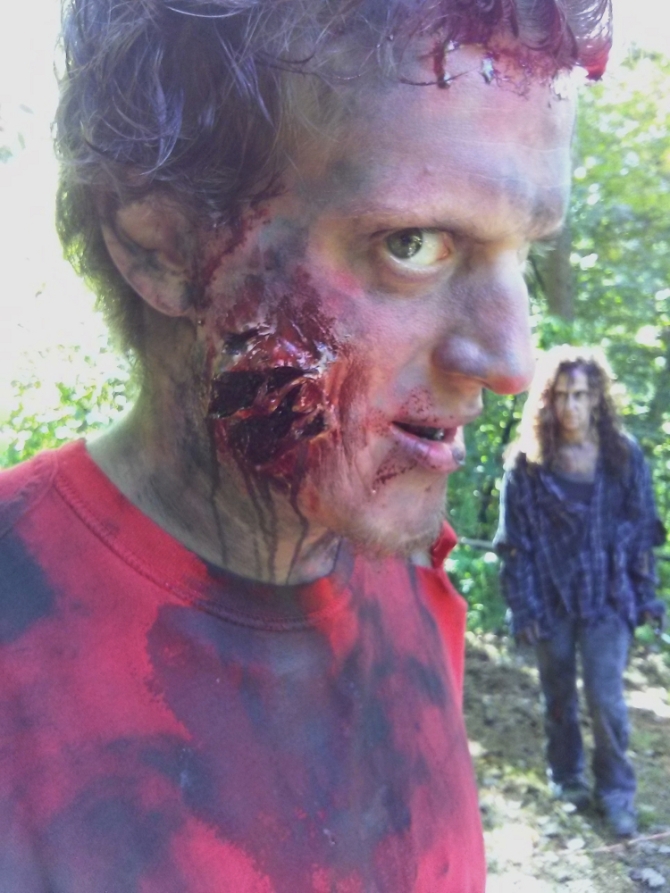 12) How do your parents feel about what you are doing?

My parents are incredibly supportive and think what I do is cool. My mother is also a horror fanatic, so she totally encourages me to continue doing this. They just want to see me make a living doing what I love, and hopefully I can accomplish that. 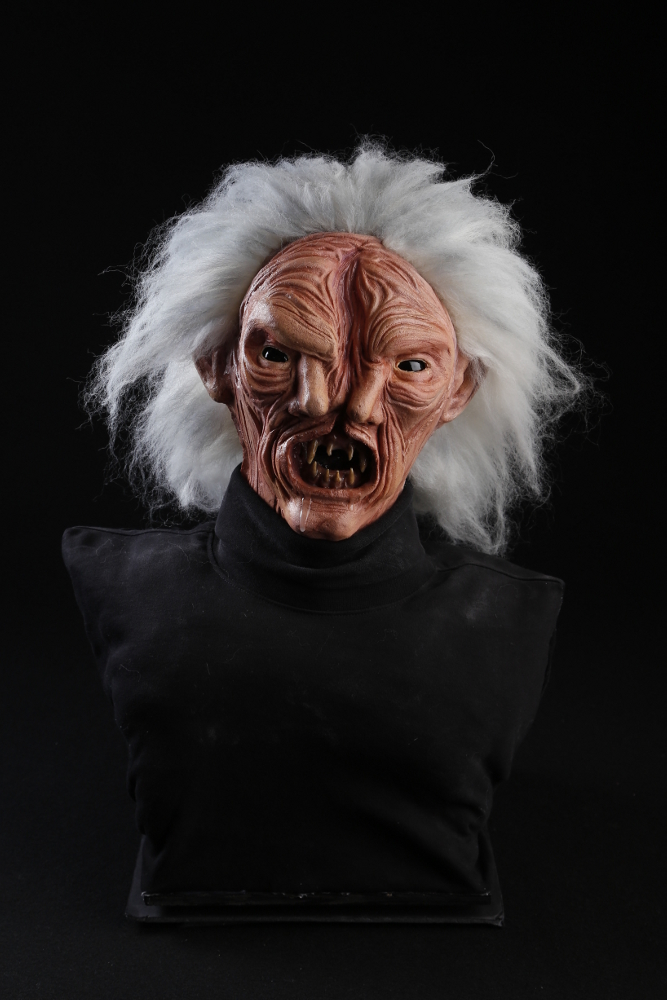 13) When you are not doing things having to do with horror, what can you be found doing?

Well my girlfriend and I love animals, so we are always doing something with our pets, a bunny and a dozen rats. Also since I love music so much, I try to make it out to as many shows as I possibly can. Recently I even started doing press for concerts, interviewing bands for another website. Other than that I can be found just chilling and watching movies. It’s not just horror that I’m in to. Movies first, and horror movies second. If you limit yourself to just one genre then you are limiting your life. There’s so much out there that you could miss if you do that. 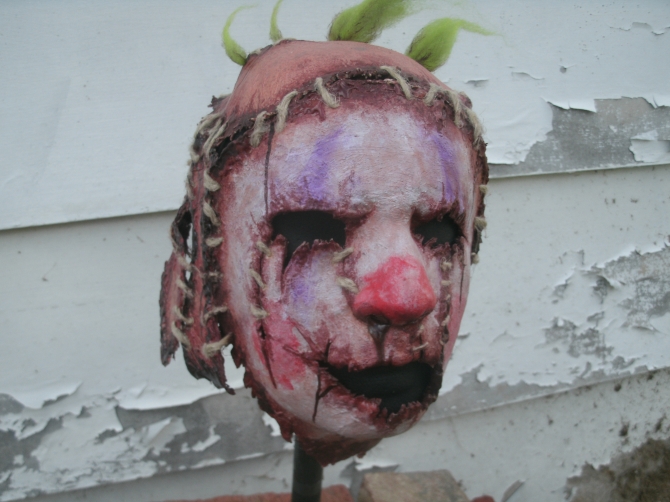 We truly want to thank Richard for taking the time to answer our unlucky 13 questions and for providing pictures from his amazing portfolio! If you would like to support Richard and visit his NecroCreep FX website please click HERE!