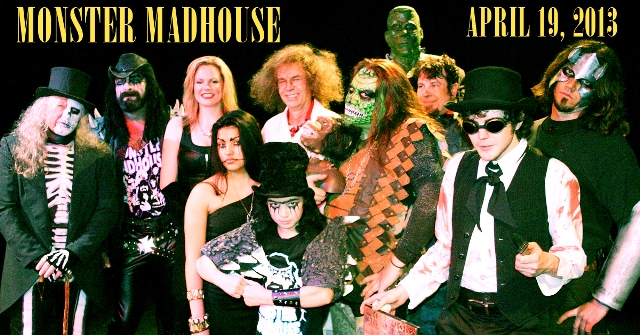 Terror from Beyond the Daves would like to welcome guest writer,  C.W. Prather, who has some exciting news regarding Virginia ‘s Karlos Borloff and his Monster Madhouse!

Northern Virginia’s “Monster Madhouse” with “Karlos Borloff “(Jerry Moore II) has been one of the more prolific DIY horror host programs in recent memory. Since its debut in 2006 rarely has there been a time when the show hasn’t been creating new content. From the more than 100 hours of live television, to the thirty minute “magazine” shows, to the one hour specials and edited two hour movie shows, there has always been a sense of creative urgency to feed whatever is next. 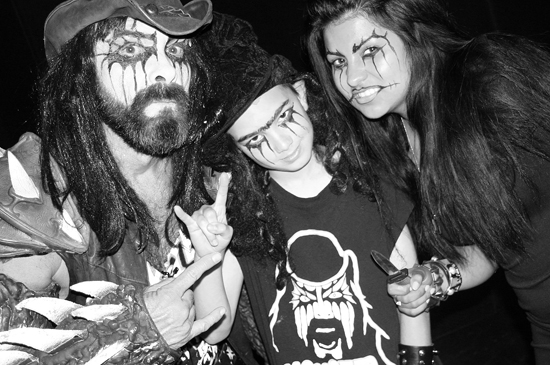 Anyone who knows anything about independent horror host production knows that eventually there has to be a time to take a step back and take a break. For some it is planned into their production schedules and might only be a few months; others need to back completely out and reflect on their life and how horror hosting fits into it, and for some that may last years; and others either work themselves to the edge and hit a wall, or forces outside their control (like station management or health) step in, and often times those are the toughest to snap back from. For Madhouse, it was a little bit of all three when it ceased production last September – a sense that the show was due for a break for needed reflection, but it only came out of pure exhaustion. 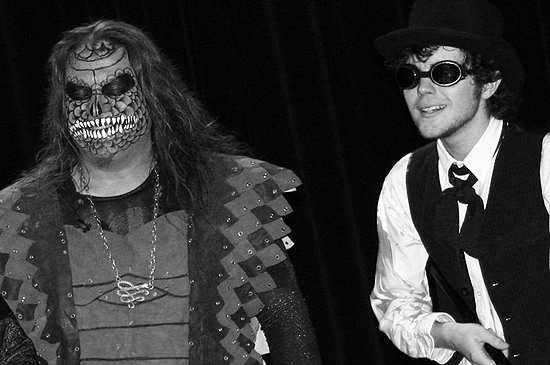 On Friday, April 19, 2013, after its longest break ever, it was time to bring the show back. People were ready.

By my count there has been almost 50 cast members of Monster Madhouse, thankfully not at the same time. When one person moves on, two more are ready to step up. Some have returned, many stick around for years. Sometimes it’s tough for the cast or the viewers to imagine losing a popular character, until they discover someone else. The show evolves and changes and makes room and rewards those who stick it out. 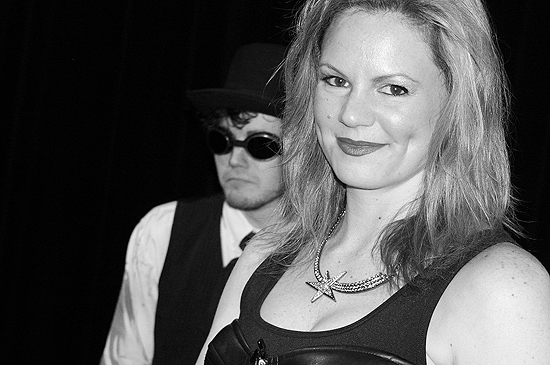 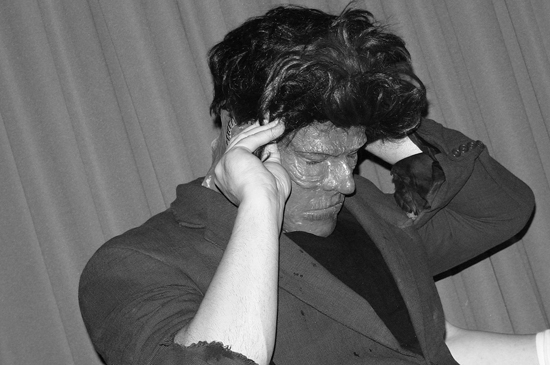 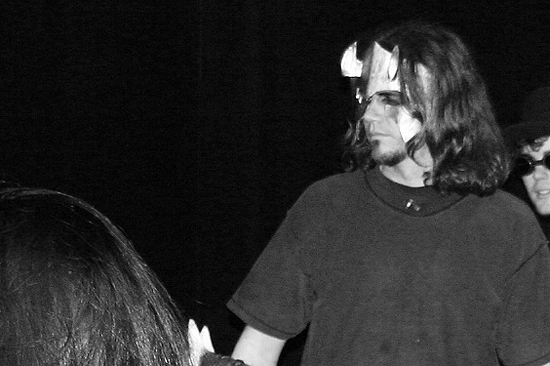 Joining Jerry (and “Borloff “) last Friday night were Scott McKnew (“Lizard Man”), Peter Swinburne (“Lord Stabsalot”) and Joey Kundler (“Freaky Daddy”), who have all been with Monster Madhouse since 2007 and 2008. Adam Bradley (“Carapace”) and Patrick Boyer (“Frank N. Stein”) have been associated with the show since its early “Madhouse Live” days, and have recently been worked more regularly into the cast. Andrea Marie (“Ultra ‘Mam”) joined Madhouse in 2012, as did Neil Freuen, however this show would be the debut of his new character – “Doctor Finger” (yes, there is a new character named Doctor FINGER!) Rounding out the mix were two brand new characters, Borloff’s cousin “Isabella Sanford Borloff,” and yet another addition to the legion of Sons of Borloff – “SOB3”. 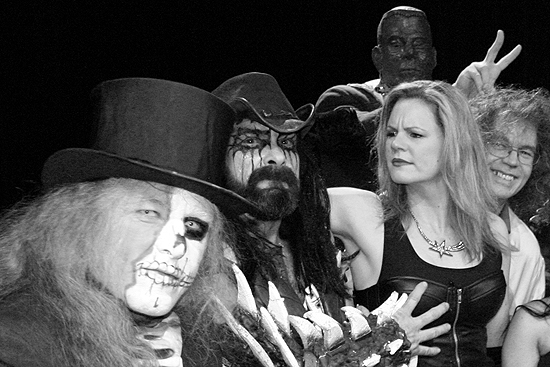 A tight, fun and completely ridiculous production, Borloff and gang hosted the classic “The Giant Gila Monster” as their return flick. It was a blast – Isabella didn’t approve of the horror movie, and told her cousin about it, in Spanish – Dr. Finger’s experiments went horribly wrong – Lizard Man made an emotional plea with the Gila Monster to stop calling him (he’s just not that into her) – Borloff asked his son to “pull my Finger” when introducing the new doctor – they played “keep away” with Frank’s hairpiece – Stabsalot got board – Ultra ‘Mam put Borloff in his place – in short, it was a madhouse. 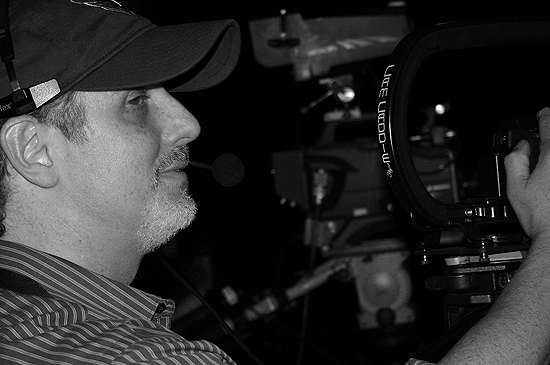 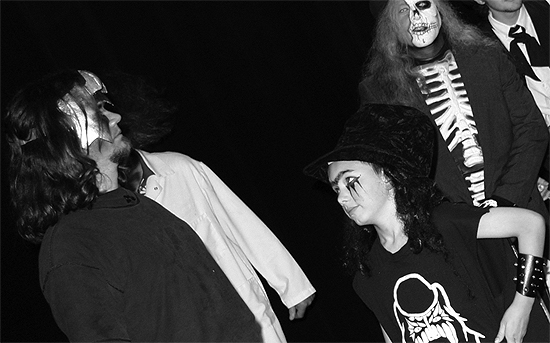 The most important aspect of this show was the simple fact that it was done. Everyone involved needed the break, but more importantly they needed to get back in and do this and have fun doing it again. It was easily one of the more relaxed shoots I have seen. 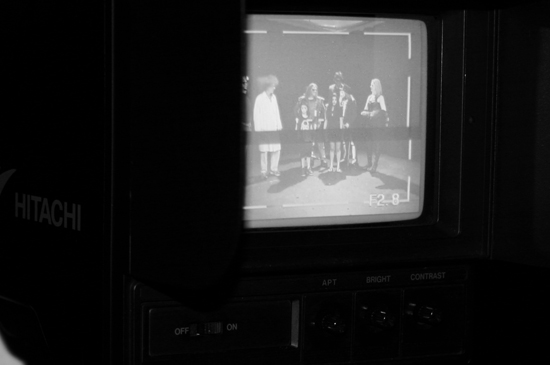 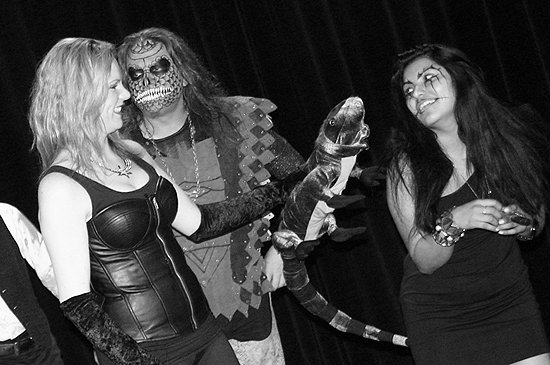 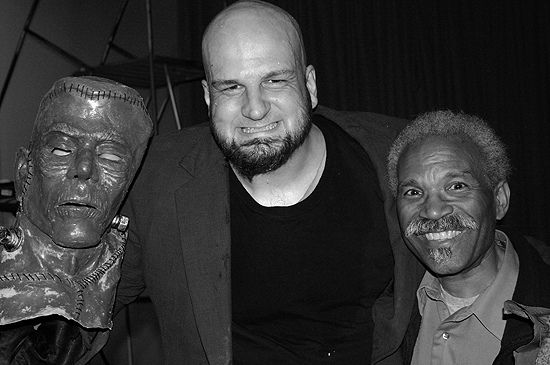 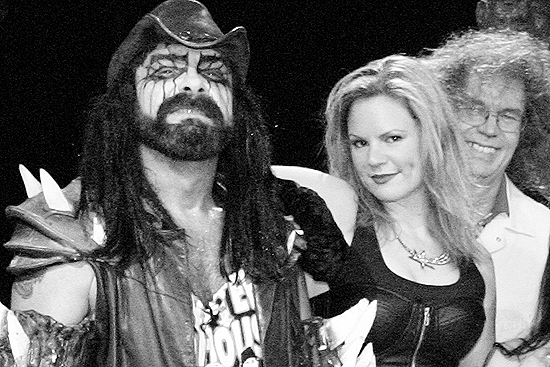 One thought on “Monster Madhouse Strikes Back!”