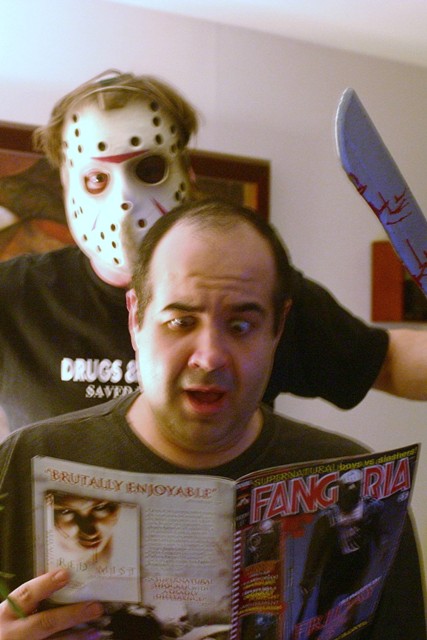 It’s taken me a while to build up the strength to do it, but I have finally allowed my FANGORIA subscription to expire. I tend to be a loyal kind of a guy, often to a fault, and my relationship with this magazine was clearly becoming dysfunctional.

Back in the 1980’s it was edgy and one of the few periodicals unafraid to show a gore fan, like myself, the “good stuff.” Not merely content with graphic photographs, the magazine often had pull-out posters worthy of their own “NC-17” ratings. When placed on your wall, they were guaranteed to not only startle any adults that wandered into your teen-aged sanctuary but also help secure your status as a bad-ass among your peers. 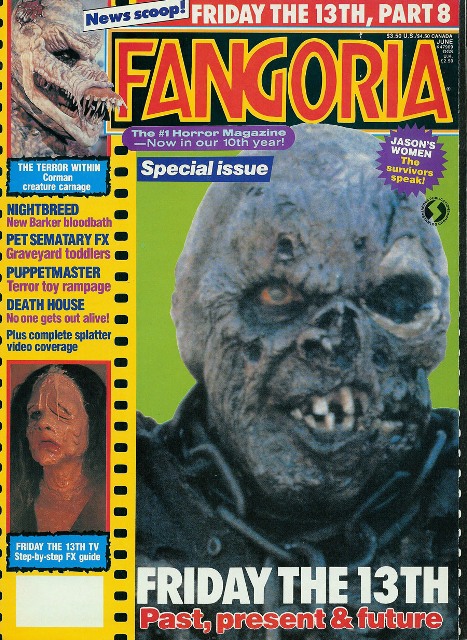 Aside from just the ascetics, there were also the wonderful articles spotlighting the kind of films I actually wanted to see. Films such as  NIGHTBREED, TICKS, HALLOWEEN IV: THE RETURN OF MICHAEL MYERS, and CHILD’S PLAY were all films I remember being thrilled to first hear and read about in FANGORIA.

Time has been good to FANGORIA.  Since its creation in the late 1970’s it has become the most read horror magazine in America. So much so, it has even created its own production company, “FANGORIA Films.” It also sponsors annual award ceremonies (referred to as “Chainsaw Awards”),  film festivals, and conventions. While I have never actually attended one of these events, I would really like to. John Aranza, owner of the novelty store “Horrorbles” (which often rents a booth at Midwest based horror cons) told me they are “very well done.”
–

Unfortunately this success, along with its ascension into the mainstream, came with a price. The magazine once heralded by genre fans as being sharper than a slasher’s blade was quickly losing its edge. Gone were the days when it was “cool” to admit you read FANGORIA. In fact, in today’s world, it could be indicative that you are actually out of touch.

While the magazine can still boast plenty of gore and rotting flesh, it has become more pungent with the unmistakable odor of selling out. Most of its space is devoted to mainstream releases and made-for-cable films – whether they appeal to their fan base or not.  It’s a clear sign of trouble when entire cover stories are dedicated to the TWILIGHT (“Beverly Hills 90210” with fangs) movies, while a story regarding the legendary CITY OF THE LIVING DEAD gets bumped to page 36. 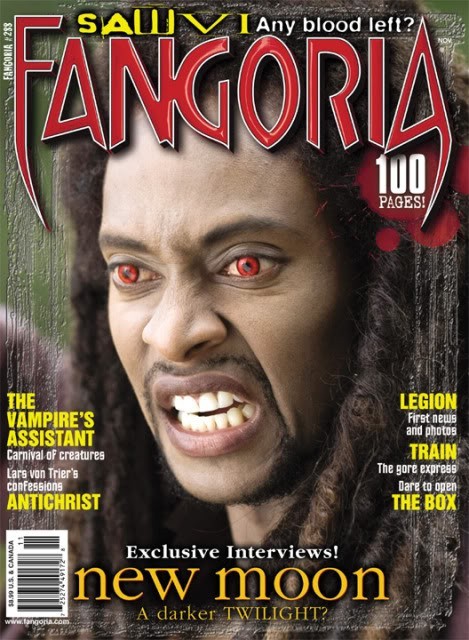 Fangoria “Moons” its fan base

I tend to be an optimist and I can not deny that there are still some good qualities about FANGORIA. Like, for example, their humorous DVD reviews which use “eyeballs” in place of the customary stars. Yet, here again, many of the films chosen for evaluation are fifth rate productions such as Scy Fy Channel original movies. Not only are they not what true horror fans are interested in, they hardly present a challenge if one is looking for material in which to critique. I would much prefer that they call my attention to a rare horror gem I might otherwise overlook, or perhaps share a different perspective on a film that I have seen.
–

Fortunately, disenfranchised FANGORIA fans do have somewhere else to go. HORRORHOUND Magazine may not be chock full of blood, but delivers plenty of guts (that is, substance). This magazine not only pays homage to old VHS rentals and “out of print” titles many of us enjoyed in the 1980’s, it also spotlights potential classics of today. And for a fan of horror hosts, like myself, it’s nice to see another periodical (aside from good old Scary Monsters Magazine) actually acknowledge those  personalities too. 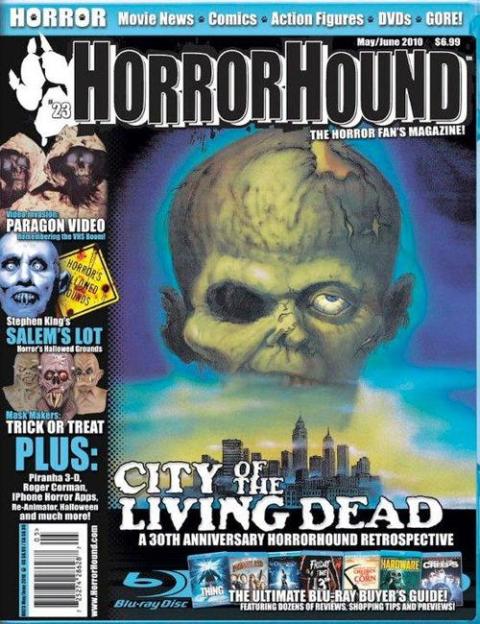 The same can be said for Rue Morgue, another great FANGO-alternative. This magazine spotlights horror in all its mediums, be it movie, book, or art. Focusing on the the entire “culture” of horror and not just the film industry. The latest issue will feature an article on horror host, Count Gore De Vol and some commentary on 6  other hosts. I look forward to reading that article and seeing which hosts were chosen for this honor.

Maybe when FANGORIA loses enough loyalists, like myself, they will return to their bloody roots. I know, on occasion, I will peruse copies during future visits to the book store. I look forward to the day when I pop open the cover and find something that evokes the excitement it once could.  In the mean time, I hope the growing popularity of  Rue Morgue and Horrorhound won’t go to their heads, causing history to repeat itself.  FANGORIA is one horror story that definitely does need a “remake.”

One thought on “Something About Fangoria…”